skip to main | skip to sidebar

The Kellys have always been a little, I guess one could say, overzealous in the naming of our albums and EPs. In 2004, our first-ever attempt at recording the beginning stages of The Kellys was released. We titled it Greatest Hits. In 2006, we released an extremely powerful look into our new sound, the next stage in The Kellys' evolution. We coined it On the World Tour. Coupled with 2007's release of a three-song EP titled Overture, and its yet-to-be-released counterpart Opus, this trend doesn't seem to be changing. 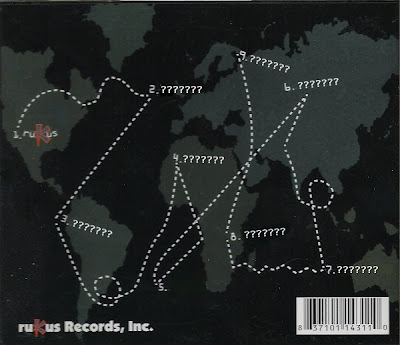 , all of these things were goals. We figured if we named them that, one day we'd have to accomplish them. BUT WE NEED YOUR HELP TO DO IT! We're nothing without you, the loyal, devoted fan. And now we need your assistance more than ever. We need to spread the word of The Kellys like swine flu... wait. Actually maybe alot harder and faster. We need more than 6 people in Canada to hear about us! :) Regardless, we're trying to put together some small jaunts around the country and need your advice. We want to know what venues to play in what towns, what bands to play with, what radio stations and news outlets to contact about our arrival... any info you can give us! So in order to assist us, we've established this little social media widget for you to play with...

View all The Kellys tour dates

You can reach out to us in any fashion you like! Send an email to info@thekellysmusic.com, send us a message on myspace or facebook, write a letter, stick it in a bottle and toss it into the nearest waterway. Whatever... just get at us! Hope to hear from you all soon!

.
Still growing strong, we continue to do what we love!